1) You need to softmod your PSP. You don't need anything fancy to do it, and the risk to brick (brick: homebrew vocabulary, meaning to break your console - it's as useful as a brick then) your PSP is almost 0%. Here is good guide how to softmod your PSP to latest PRO-B firmware.
2) Copy the "divapatch" folder inside the .ZIP into the "seplugins" folder in the root of your Memory Stick.
3) Add the following line to GAME.TXT in same folder: ms0:/seplugins/divapatch/divapatch.prx 1 (if using a PSP Go, replace ms0:/... with ef0:/... - if the folder or the file do not exist, create them)
4) Restart the VSH by choosing the option in the Recovery Menu (press SELECT on the XMB) or restart PSP (3 seconds power button and turn PSP back on, slower option). Then start the game.
If a new patch is released, just replace the old files with the new ones, unless instructed otherwise.
!) If you use decrypted DLC, then use nploader instead of nodrm. Also, make sure that nploader.prx is listed before divapatch.prx.


Helping translate or translating to a different language

v0.4-r2 (minor)
- Fixed crash when giving a hanging scroll (weakness) as a present in the DIVA room
- Renamed Absolute Territory -> Zettai Ryouiki, for those who knows what this means
- Modified translation samples for PD 2nd#/2nd1.01

v0.1 (November 11, 2011)
- initial release
"For those who want to see how the translation is going, i have attached the version 0.1, i hope to finish the DIVA room and the rest of scattered text soon enough to start working on the edit mode." 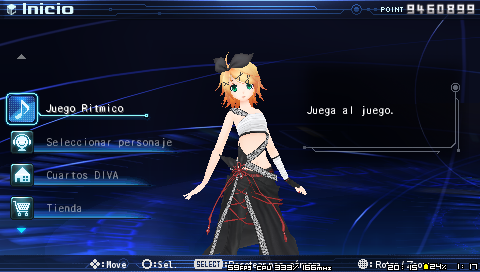 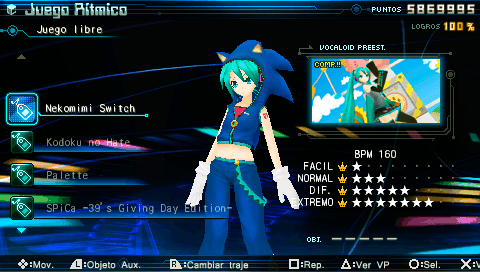 Detailed Descriptions in french in the ProjectDIVA.Fr forum thread.
[2]

Things to do:
- Menu pictures (and find some fitting font to it with scandi letters)
- Font pictures (Transparency and width problems)
- Translate rest of menus
- Choosing between romanji/finnish lyrics/song names