From Project DIVA Wiki
Jump to navigation Jump to search

IMPORTANT: Due to taxes increases in Japan, DLCs for the JPN version (Applies to ƒ only, not ƒ 2nd) are no long a flat rate (Prices have been adjusted)(Song pack DLC price have also been slashed in half!)

Module pack containing Kasane Teto, Yowane Haku and Akita Neru, previously in the Project DIVA series, is now released on PSN for download!
Note: They are under the EXTRA category while selecting modules. They have a separate room. Kasane Teto does not have voice in the game, sadly. 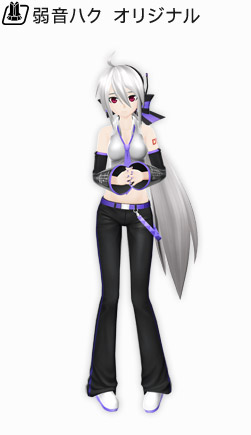 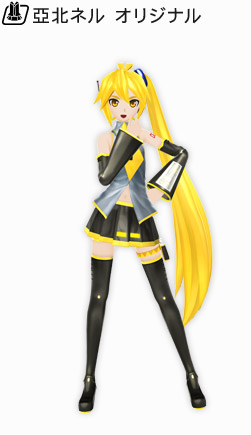 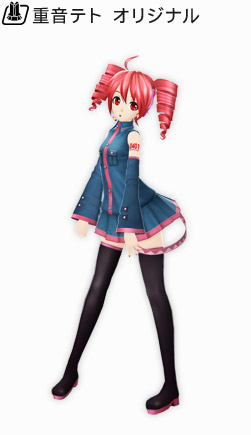 As a collaboration of Project DIVA f and Minna To Issho, a special DLC pack containing the hit song "PoPiPo" special edition and extra accessories, is released on PSN for download! PoPiPo isn’t the star of the Minna to Issho Collabo Set DLC. The Toro and Kuro customization items are.

The pure and innocent "Snow Miku 2013" has descended upon Project DIVA f as DLC modules!
The appearance is neat and beautiful, and it is like the incarnation of snow. This pack includes two modules in a package - one with the hood on, the other without. Let's welcome the beautiful angel of the land of snow! 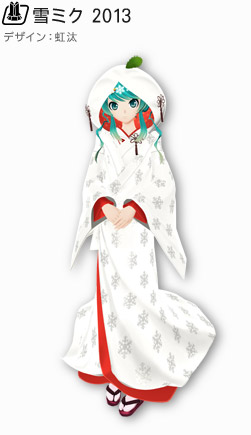 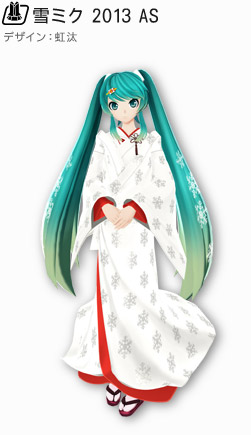 This DLC package includes a variety of extra stages, motions, effects and more to help in Edit Mode for use on your PlayStation Vita!
It is definitely a must to grab this package, in order to make your edit PVs more beautifully done~! Look at how much data was added in the pack! 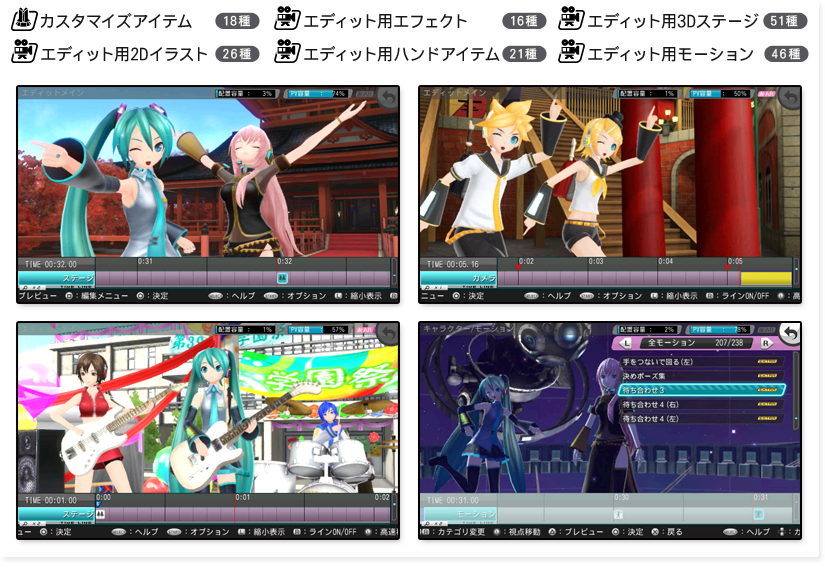 And there you know it! The 6 hit songs added to the PS3 Project DIVA F are now available on your PlayStation Vita version Project DIVA f!
And along with the pack, comes 4 AR Live songs that were included in the Live Studio in DIVA F: 39, ODDS&ENDS, Weekender Girl and Time Machine! 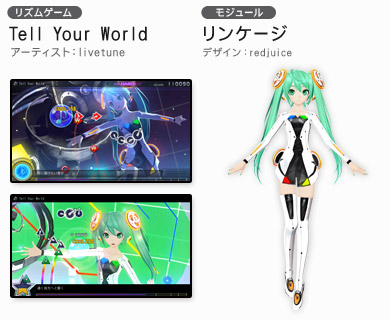 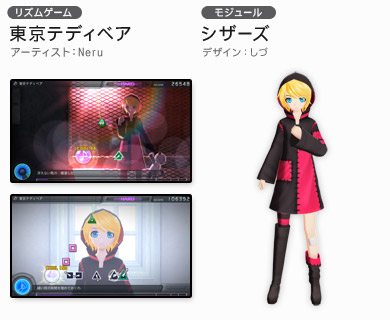 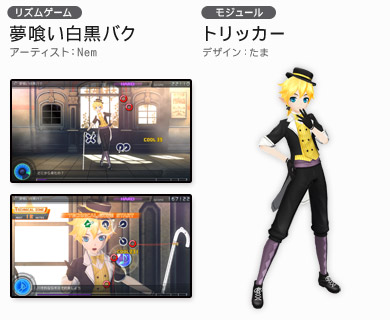 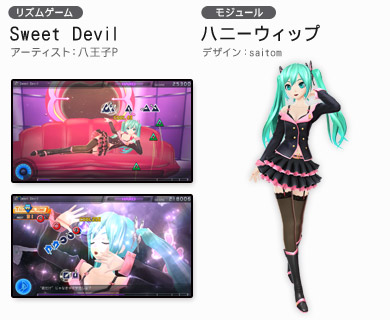 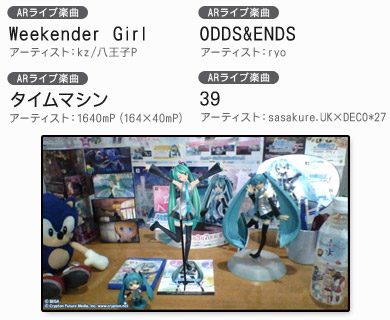 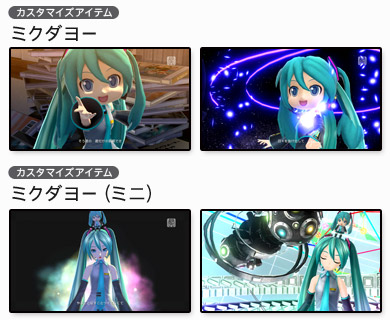 The FamilyMart costume for Miku that came with preorder of Project DIVA F from FamilyMart, is now available as DLC on PSN! 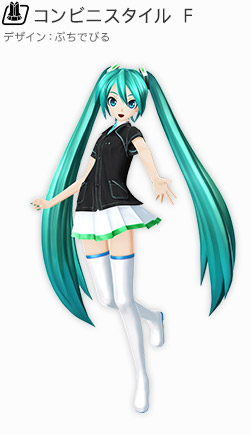